OK, let’s be real here. Who of us is writing with the real hopes of turning these query letters, source interviews, “keeping under the word count limit” articles into a full-fledged 100% writing career?

Well, you’re in for a treat! Sara Morgan, author of No Limits: How I Escaped the Clutches of Corporate America to Live the Self-Employed Life of My Dreams answered my questions on how to actually go about making that transition. Join me in welcoming her and please share your questions or comments; Sara will be popping in to respond.

As always, one lucky person will be selected to receive a free copy of No Limits. Check back tomorrow to see if you’ve won! (US residents only, please) 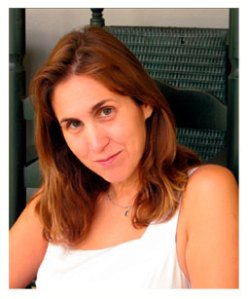 Sara would never have had a successful life in the computer industry if it hadn’t been for THAT WOMAN. THAT WOMAN, the college guidance counselor, told Sara her Math skills were horrendous (OK, maybe she was a bit more tactful) and she shouldn’t go into any Math-related majors. So what did Sara major in? Quantitative Business Analysis, with a minor in computer science, natch.

But it soon became apparent to Sara that Corporate America, and its complicated office politics, was not for her. She became a consultant, an experience that led to No Limits: How I escaped the clutches of Corporate America to live the Self-employed life of my dreams.

Sara and her children live in Louisiana’s version of small-town America where she still pursues her first love–Artificial Intelligence. In the shadow of historical plantations, Sara works on developing robotic assistance to help senior citizens.

Was there a breaking point in your rat-race career that you decided you had enough and needed to be your own boss?

I had been realizing I was unhappy for many years, but the final straw came when the owner of the company I was working for decided he wanted to be more “hands on”. The guy was a complete jerk and he came in to the office, firing people and moving them around. Just to give you an idea what this guy was like, he came into the office once wearing a gun strapped to his belt. He said it was accident and that he just happened to be coming from the gun range, but I think it was just his sick way of scaring us all.

Anyway, what he was doing was very wrong and another co-worker and I decided to quit on the same day in protest. Unfortunately, my co-worker never actually quit and I think she was just using me to get her way. In the end it worked out best for me, so I do not harbor any bad feelings towards her.

This all happened 4 years ago and since then I have been able to realize the kind of fulfillment that I could have never gotten as a corporate employee. Back then, I was a nervous wreck all the time and I never handled disappointing situations well. I was always in a state of panic. But not anymore. Now, I live very happily and quietly in the country and my only connection to the rest of the world is through my Internet connection. I LOVE IT and my children and I could not be happier. No money in the world could get me to go back to that unhealthy way of life. I would rather be homeless than work in Corporate America again.

Did you get outside resistance from family, friends and/or co-workers when you made this career change?  If so, how did you cope?

First off, let me say that I am lucky to have very supportive parents who have only encouraged me to do my own thing all my life. I think that is why I have had the courage to make the changes I have made. Their positive influence has been the most important factor in my success, I believe.

I did not get too much resistance when I became an independent software consultant because everyone knew I could make a good living doing that. It made sense. But, I have gotten a bit of resistance lately since for the past 6 months I have been writing and promoting this book full-time, which means money has been going out, but not coming in.

It has been even harder to convince them that I am doing the right thing recently, since my book has yet to sell many copies. I am getting terrific reviews and everyone who reads it loves it, but no one is buying it yet. But, I am still VERY hopeful and I KNOW this book is good and that people will eventually start buying it. I have complete confidence in myself and I think that is the key element for success. If you do not believe in yourself, than no one else will.

In such an unstable economy, do you think now is a better or a worse time to take that leap into self-employment and why?

I think now is the perfect time. In fact, I think anyone thinking about it should just drain all their IRA’s and mutual funds (as I have) and live off that money until whatever business you start begins to earn money. It may take a while for your efforts to be realized, but I think it is far better to invest in yourself, rather than the poorly performing and unstable stock market. As long as you believe in yourself, anything is possible, so just go for it.

How much planning and saving (reserve) should one have before starting a company?  Is there such a thing as too much preparation where one would essentially procrastinate forever?

Yes, I think you can put it off too long. I know this guy who is just brilliant. He always has a thousand good ideas. For years he kept telling me he had this great idea for software that would revolutionize the industry he was in. He wanted me to help him out with it. I agreed, but he never made the jump and now he is stuck and the opportunity has passed. The software he dreamed of writing has now been done and it is too late. He waited too long and I feel very sorry for him because he must just be miserable. I would much rather fail, than never even try.

Who are the business/marketing influences you admire and why?

Well, I did not know that much about marketing until recently when I started promoting this book. But, I love all the people associated with this idea of selling yourself and not your soul. I only associate myself with good people that I know are just trying to do good and not take advantage of others. I refuse to just buy my way in and I am just slowly working leads from PRLeads.com and HelpAReporterOut.com. I know one day my efforts will be rewarded.

To learn more and join a community of like-minded individuals,  check out: No Limits Ning community, http://nolimitsthebook.ning.com/.

And remember to leave a comment on today’s post (before midnight CST) for a chance to win!

Tagged as author interview sara morgan, freelance, interview by Mary Jo Campbell, marketing, No Limits: How I escaped the clutches of Corporate America to live the Self-employed life of my dreams, sara morgan, self employed

What I learned this week

…in writing, marketing, teaching, and life!

What have you learned this week?

Throughout the week I research new writing blogs and sites and follow links posted on Twitter.  So, I thought, Fridays would be the perfect day to post “Things I’ve learned” either through experiences of the week or resources and tidbits I found.

Twitter has become my source of marketing, socializing and information. I learned how to search for “Tweets” about a specific topic, i.e. “young writers,” and how to locate Twitter users that are local (for niche marketing purposes) Follow this superlink to learn almost anything about Twitter:

It’s a give and take, this game of networking.  This week, I had the opportunity to visit Arnie Bernstein, author of Bath Massacre:America’s First School Bombing, at a local indie bookstore.  Stopping in to visit with Arnie meant I was  a little late to a family graduation party, but it was well worth it.  Not only did I get two copies of Bath Massacre signed, but made a valuable contact.  I will be interviewing Arnie for Writers Inspired in the next few weeks, and he is putting me in touch with many other reputable authors. Lesson learned: Get out there and support other authors! Meet face-to-face whenever you can.

If you stopped through this week, I hope you had the pleasure of reading the interview with Elisa Lorello on her experiences of self-publishing her first novel, Faking It.  Not only was the interview extremely candid and thorough, but the comments and replies throughout the day were amazing!  Lesson Learned: when hosting a blog book tour, let the author know what to expect and PUBLICIZE the hell out of it (i.e. Facebook, Twitter, email list.) I plan to write an entire post on Book Blog Tours soon.

So, what have you learned this week? Please share!

I caved and joined the birds of  a feather on Twitter.

Why? Because my favorite thing about Facebook is coming up with new witty ways to claim my status on “What’s on your mind?” And that’s all Twitter is – updating your status.

But how cool is it that you can connect with other tweets across the globe even faster than blogging or Facebook? I’ve already (since about 36 hours ago) got in touch with a local author I met last year who has a new release out in April (Arnie Bernstein will be touring here soon!) and other freelance writers, editors, artists and web designers. All anxious to promote their projects and just as willing to guest blog. This all helps me by giving my blog excellent content without the actual brainstorming and writing. Making my fiction writing time more productive.

Speaking of fiction, come back tomorrow for a link to my first published short story: Obsession on coloredchalk.com

So, will you be tweeting soon? Find me by name or search “mjcwriter”